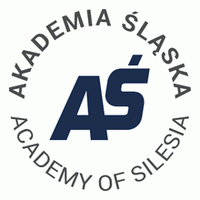 Subject area: arts
Kind of studies: full-time studies, part-time studies
University website: en.wst.com.pl
3D
3D or 3-D (usually an abbreviation of three-dimensional) may refer to:
Wikipedia
Animation
Animation is a dynamic medium in which images or objects are manipulated to appear as moving images. In traditional animation, images are drawn or painted by hand on transparent celluloid sheets to be photographed and exhibited on film. Today most animations are made with computer-generated imagery (CGI). Computer animation can be very detailed 3D animation, while 2D computer animation can be used for stylistic reasons, low bandwidth or faster real-time renderings. Other common animation methods apply a stop motion technique to two and three-dimensional objects like paper cutouts, puppets or clay figures. The stop motion technique where live actors are used as a frame-by-frame subject is known as pixilation.
Wikipedia
Graphics
Graphics (from Greek γραφικός graphikos, "belonging to drawing") are visual images or designs on some surface, such as a wall, canvas, screen, paper, or stone to inform, illustrate, or entertain. In contemporary usage it includes: a pictorial representation of data, as in computer-aided design and manufacture, in typesetting and the graphic arts, and in educational and recreational software. Images that are generated by a computer are called computer graphics.
Wikipedia
Multimedia
Multimedia is content that uses a combination of different content forms such as text, audio, images, animations, video and interactive content. Multimedia contrasts with media that use only rudimentary computer displays such as text-only or traditional forms of printed or hand-produced material.
Wikipedia
Animation
Animation offers a medium of story telling and visual entertainment which can bring pleasure and information to people of all ages everywhere in the world.
Walt Disney as quoted in "COSI exhibit explores world of cartoons" by Jeffrey Zupanic in The Review (2 August 2007)
Wikiquote
Animation
You have to make all the same decisions that a live action director would have to make. Everything from where to put the camera to what the emotional tone of the scene is going to be, in addition to answering all the questions about costume design and weather and color and all the numerous elements that go into making the scene. We're there every step of the way from the very first crude character designs and early storyboards to how loud the footsteps of the Beast should be as he's walking across the marble floor. We shepherd the process from beginning to end.
Kirk Wise, "Interview: 'Beauty and the Beast' Director Kirk Wise", Big Movies Zones, February 2002
Wikiquote
Animation
You have to understand that many of the scenes we're building just couldn't be done without the use of digital rendering.
Rick McCallum, Anticipation: The Real Life Story of Star Wars: Episode I-The Phantom Menace, by Jonathan Bowen p.7
Wikiquote

Go to
« back - Fields of studies
Academy of Silesia »

University
The founder of Katowice School of Technology is Arkadiusz Hołda. The school was founded following the decision of the Minister of National Education of 15th December, 2003 and entered in the register of private higher vocational schools (with the number 143). The aim of the school is to form a modern system of education for engineers whose qualifications meet European standards.

Katowice School of Technology is the first, private higher school in Silesia which offers Bachelor study programmes in the following specialisations: